A pressure regulator is a control valve that reduces the input pressure of a fluid to a desired value at its output. Regulators are used for gases and liquids, and can be an integral device with an output pressure setting, a restricting and a sensor all in the one body, or consist of a separate pressure sensor, controller and flow valve 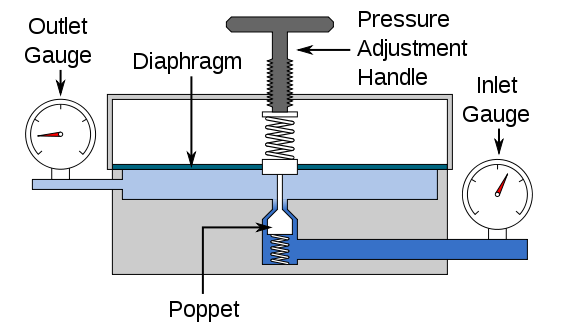 A pressure regulator’s primary function is to match the flow of gas through the regulator to the demand for gas placed upon it, whilst maintaining a constant output pressure. 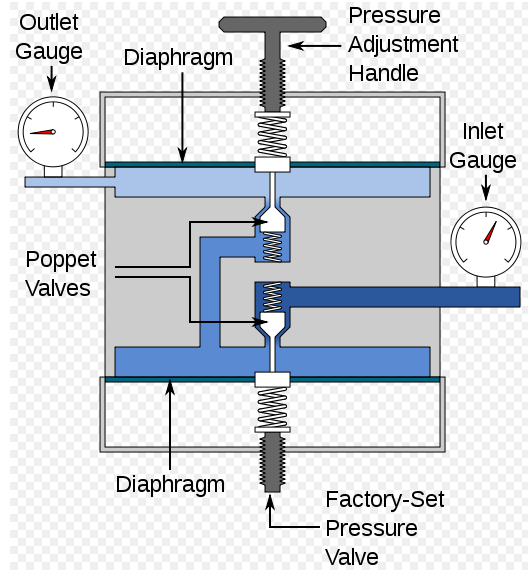